The City of Grants Pass was incorporated in 1887. The surveyor who first documented the boundary for city limits used GIS without computers, calculators, satellites, or the GPS we have today. GIS is not a new technology. GIS is simply the documentation of the physical or spatial location of something, or anything, such as a house, a mountain, or a star. Early people recorded the locations of hunting grounds on the walls of caves and marked their own location by leaving a mark on the wall. An old photograph with names, dates, and locations written on the back - is GIS . The phone book, a birth certificate, and an IP address - are GIS; each describes a location.

In 1993 the City contracted with Woolpert of Dayton, Ohio to prepare the "Recommended Plan for the Grants Pass Integrated Information System". The goal was to integrate the City's financial management and geographical data into a seamless information system. Although the majority of the plan focused on the financial management system and the development of an IT department to support it; GIS was identified as the integral centerpiece of the entire system. 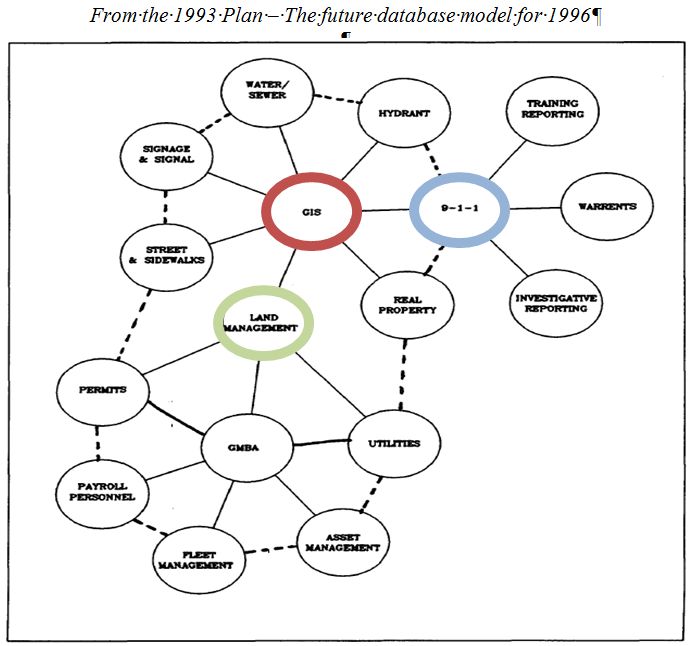 In response to the recommended plan, the City purchased ESRI’s ArcView 3.0 in 1996 to act as a viewer for the data created and managed in AutoCAD. The city surveyor was the developer, editor, manager of, and trainer for the City’s geospatial data and systems.

By 2000, a majority of the community development staff was trained and used ArcView daily. The datasets were limited to utility locations, city limits, zoning, aerials, and tax parcels. Except for the addition of a Database Technician in 2008 and a couple upgrades to 3.3, GIS was stagnant for the next decade.

In January 2011, a GIS needs analysis was completed by Kevin Sato, Salt Lake, Utah. Within months, the City put out a request for proposal for the Upgrade of City-Wide GIS. Salish Coast Sciences, LLC of Bellingham, Washington was awarded the contract in 2012. Under the direction of Salish. The City of Grants Pass integrated the following:

In July 2014, the City’s GIS division won the coveted ESRI Special Achievement in GIS award for their vision, leadership, hard work, and innovation in the use of ESRI’s GIS technology.

Today, we have a very robust GIS. Interestingly, the new system mirrors the 1996 database model and supports the interconnectedness of all departments and aspects of city business intersecting at GIS. 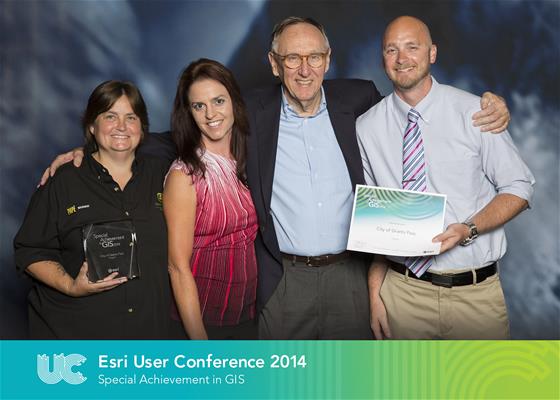