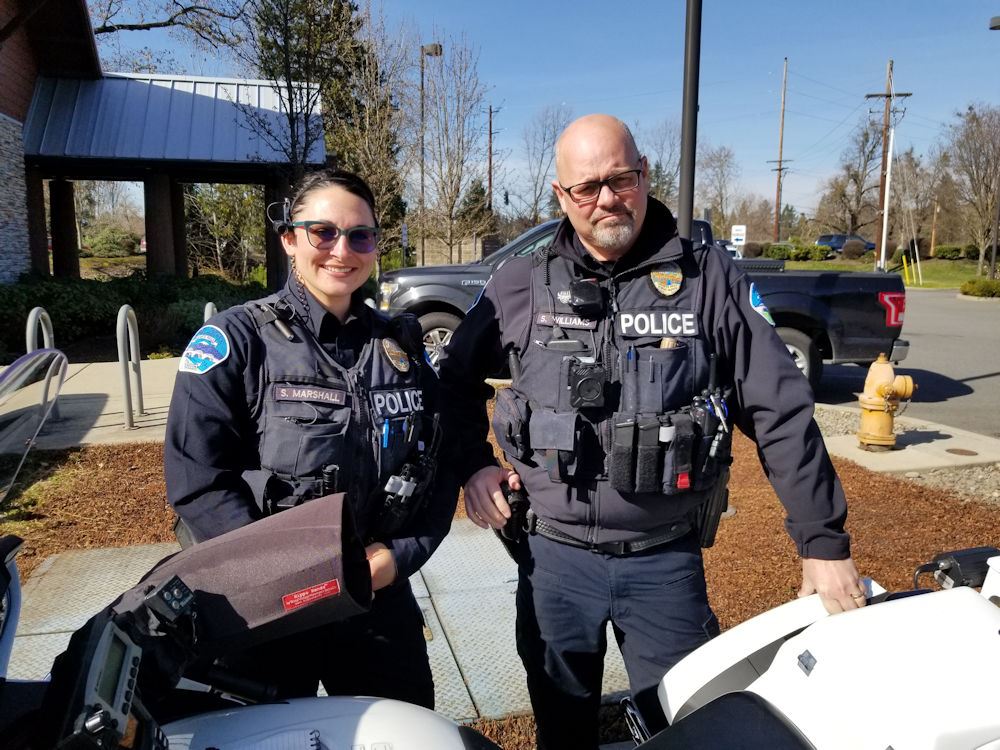 The most common complaint among citizens of the City of Grants Pass is traffic-related issues. To help combat the problem, the Grants Pass Police Department re-established the use of Traffic Officers in 2001.

Traffic Officers have taken a proactive approach to traffic-related issues. Through grant opportunities, the Grants Pass Police Department has been able to participate in several traffic operations such as distracted driving, 3 Flags, DUI enforcement, and speed enforcement. The Grants Pass Police Department was also one of the first agencies in the United States to use the Distance Between Cars (DBC) technology. This technology allows officers to seek out aggressive drivers who tailgate.

The goal of traffic officers is not only to seek out aggressive drivers or issue citations for traffic safety laws, but to also educate the public regarding traffic related issues and alert the public to areas of concern.

Weather permitting, traffic officers can be seen patrolling the streets on Honda and BMW motorcycles. The motorcycles allow the officer the ability to maneuver through traffic congestion. The majority of the time, they can be found focusing their attention on high traffic areas, such as the Grants Pass Parkway or locations of frequent traffic crashes. This focused attention has helped decrease the number of red light violators and traffic crashes in problem areas.

Traffic officers have been trained to investigate and reconstruct "exact causes" crashes. This specialized training allows the officers to determine the exact cause of a crash through a method of reconstructing the crash site.

The department has certified car seat technicians. This task does not come easy and their titles are definitely something we are proud of. Public Safety presently has Technicians and Specialists (both Fire and Police staff) who are trained in child seat safety. They help the public by assuring child safety seats are properly installed. Those staff require their skills be re-certified or they will risk losing their certification. See the Child Safety Seat Program page for more information child safety seat inspection and distribution events.