Grants Pass Fire Rescue (GPFR) has a specialized unit known as the Technical Rescue Team (TRT). The TRT team was formed during 2001-2002 to provide rescue for situations that require specialized training or gear. The team consists of firefighters from GPFR.

The main function of the team is to provide confined space rescue for both the City of Grants Pass and Josephine County. Other disciplines that we train in include high/low angle rescue, swift water rescue, tower rescue, trench rescue, and urban search and rescue. Below are some common questions that we get.

The team is primarily funded through tax dollars by the Citizens of Grants Pass. However, the equipment that we use is specialized and expensive so we have formed a partnership with Josephine County Search and Rescue. We provide confined space rescue for the entire county and in return, they have provided us with thousands of dollars of equipment through grants. This partnership is a benefit to the citizens of Grants Pass and all of Josephine County.

The Need for a Special Team 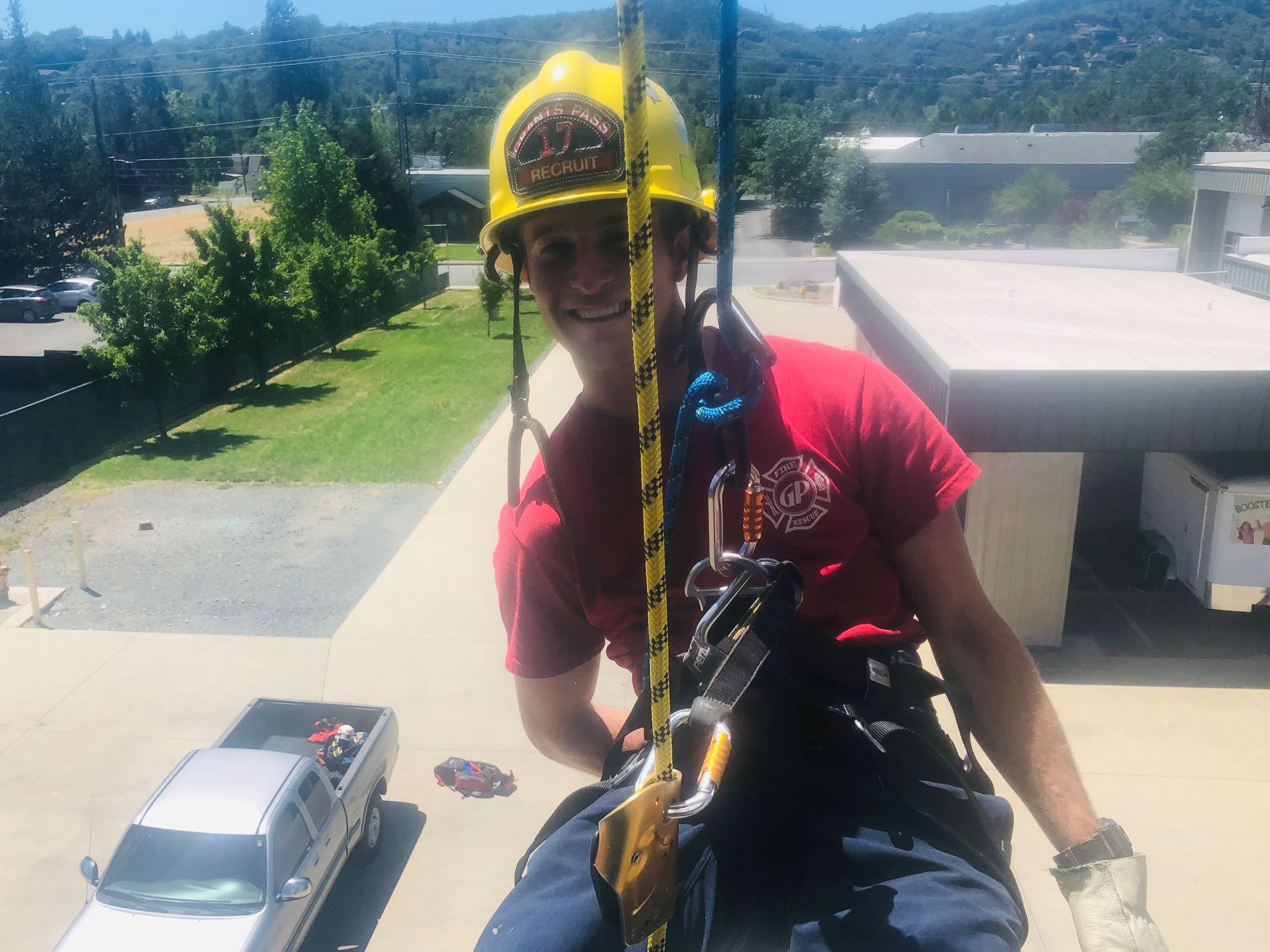 In order to keep up with all of the required training to keep proficient it was decided to form a team. This team trains one day a month on various scenarios that we might come across. We also go back to our respective shifts and train them so that everyone can help during a call. When dealing with confined space rescues there are several Occupational Safety and Health Administration (OSHA) regulations that must be met. In order to meet these it is best to have pre-identified personnel who are trained to deal with the rescue.

A Brief Description of the Disciplines

This is a space not designed for continuous employee occupancy that has limited or restricted means for entry or exit, such as a confined space with tanks, vessels, silos, pits, vaults, hoppers, and is large enough that an employee can enter and periodically perform assigned work.

A rescue that is performed in a moving body of water such as a river, stream, or flood waters.

The trench is usually being used to install sewer or water pipes, electrical, or other in-ground utilities; a trench can collapse, burying the worker or workers.

Also known as an over-the-edge rescue. This type of rescue takes place on a steep slope or vertical environment. If the slope is steep enough that you cannot easily walk up it, it falls under this type of rescue.

A rescue that is performed on a vertical structure. This includes large power poles, buildings, or industrial settings.

This is a rescue performed after a building collapse, such as after an earthquake when there is a need to search through debris for victims.