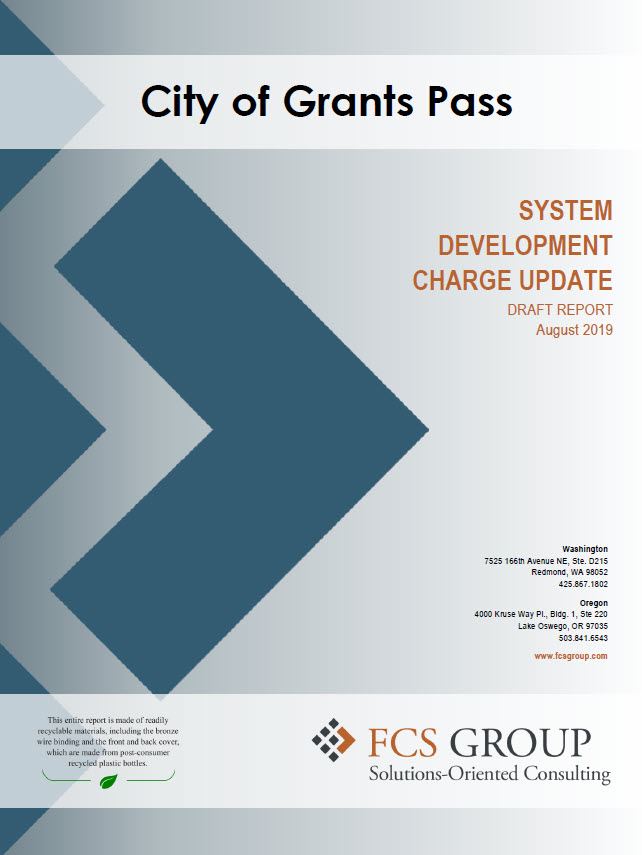 d to the Water, Wastewater and Stormwater Utilities. SDCs are a one time charge to new or redeveloping properties. The SDC charge is a share of the cost of the City’s utility, transportation and parks systems proportional to the properties impact on each system.

A technical report addressing the methodology and calculation of the proposed charges is now available for review. A hard copy can be reviewed at City Hall or downloaded by clicking on the image at the right of the screen.

Properties which are already developed do not pay SDCs unless they "redevelop" and consume additional capacity.

What are System Development Charges?

Oregon Revised Statutes (ORS) 223.297 to 223.314 authorize local governments to establish system development charges, one-time fees on new development paid at the time of development. SDCs are intended to recover a fair share of the cost of existing and planned facilities that provide capacity to serve future growth. 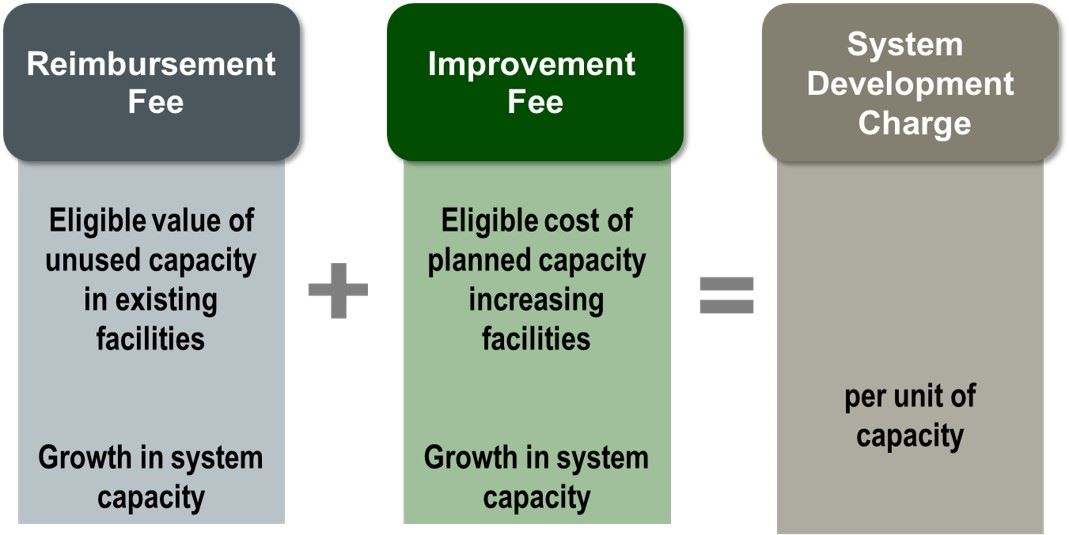 The City Council, at the July 29 workshop indicated their intention to only levy a portion of the charges allowed under ORS 223.297 and calculated in the 2019 SDC Study. This recognizes the need to invest in critical infrastructure projects while not detrimentally affecting the building and business communities.